The Missing Link in Corporate Think

Because tangled problems involving people require an approach that is equally people-centered. That holds engagement as a core tenet. An approach that is creative — that adapts to an emerging problem space. That looks for new problems and opportunities, instead of just solving existing ones. That is iterative, that focusses on taking small inexpensive bets so that when the ‘big bucks’ are spent, they are spent on something that’s likely to succeed.

What kinds of ‘tangled’ problems am I talking about? Anything that falls under umbrellas such as innovation, culture, engagement, change and leadership, for a start. Anything that involves changing how people think and behave. Which sounds straightforward until you recognise that changing how people think and behave is what causes the 80%+ failure rates in each of these areas (major IT implementation anyone?) — and is the reason that when you do manage to make it work, the rewards are astounding. (Just look at Pixar, who are the poster-child in nearly all of those areas.)

Design Thinking is not a universal panacea. But used in tandem with traditional management frameworks, and treated as a mindset rather than a fixed process, design thinking can provide the ‘missing link in corporate think’. And it's a great place to start your company's innovation journey. Which is why business schools from Rotman’s to MIT, Darton to Stanford to our own MGSM ( where I run the courses) all teach it. And companies such as Apple, P&G, GE, Westpac, Coca-Cola, Woolworths, Deloitte and SAP — to name but a small fraction — all use it.

If you want to find out what it can do for your business, drop me a line.

WHEN DOES IT ADD VALUE?
When people/companies are willing to allow a true discovery phase and a non-linear development path.

Traditional business innovation processes usually start with brainstorming then move on quickly to the tangible phases of creating something new — testing, developing, making and launching. This is true whether the innovation is a new product or service, a new IT implementation or a new culture change project.

What is most often missing from this picture is that the quality of the ideas depends on the quality of the insight they are based on. This in turn depends on whether you’re ‘solving’ a meaningful problem in the first place and whether you’ve spend enough time exploring that space to come up with something both juicy and striking. A surprising truth that changes the game and acts as a springboard for everything you develop. Because that’s what ensures that what you do is relevant and sticky. That it’s not just feasible, and viable, but highly desirable as well.
WHERE DOES IT ADD VALUE?
Anywhere you have a wicked problem, and many places where you don’t.

The traditional design thinking strongholds are product, service and user interface design. Now however there is increasing focus on how to apply design thinking to other areas of business — to business models and management processes, to strategy, sales, customer relationships and personal effectiveness.

Design thinking is a light, portable and adaptable way of exploring gnarly areas where there’s no clear way forward.
WHAT ARE THE MAJOR CHALLENGES?
I find the biggest challenge companies have in using design thinking on a wider basis is that it tends to be seen and deployed as a noun instead of a verb. A thing or a fixed process that you can push information through or apply like a bandaid instead of a different way of thinking. This often happens when they have a solution in mind and are looking for a problem to retro-fit to it.

Thinking like a designer takes practice, since many of the assumptions and defaults are very different to those usually applied in business when solving complex problems. The ability to be comfortable in ambiguity, for example. To look and listen for things you aren’t expecting, that contradict your assumptions or represent other equally valid viewpoints. And to Speak Human (this sounds much easier than it is). Not just to use plain English instead of corp-speak, but to understand that emotions are key. That people make decisions emotionally and then post-rationalise furiously to ‘make sense’ of them.

As an example, here’s a quick overview of a few of the many differences between a standard business or management approach and a design thinking approach:

So when design thinking fails to be effective, it is usually because while the company or practitioners are talking the talk, they aren’t walking the proverbial walk. They’re talking cyclical but thinking linear, talking about problem finding but trying to find something they are comfortable they can solve, or defaulting back to thinking product instead of people. And it's such ingrained behaviour that they're often not even aware that they're doing it.
A BIT MORE BACKGROUND
Some history
While the process of design has been around for ever, the concept of codifying it and promoting it as ‘design thinking’ and applying it to non-design areas like business really started to take hold in the early 1990s, largely with the well-known design company IDEO. The d.school or Hasso Plattner Institute of Design was founded in 2005 at Stanford as a collaboration between David Kelley, Larry Leifer, Bernard Roth and George Kembel, with funding from Hasso Plattner, who later funded another D.SCHOOL in Potsdam. The philosophy and methodology have been increasingly adopted by major corporations, largely within product development, innovation and R&D units. In the last five years, this trend has spread to it being adopted as a creative problem solving methodology within the more strategic business space.

There are plenty of them, mostly based on some sort of Discovery / Design / Deliver or Understand / Reflect / Experiment format. They differ in the context they were created in, the number of steps and the things they make explicit as opposed to implicit. (For example IDEO’s model talks about empathy but not delivery, whereas the Design Council’s Double Diamond does the opposite.) 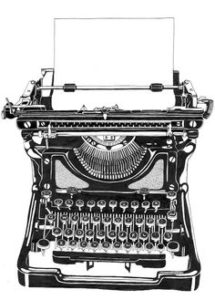 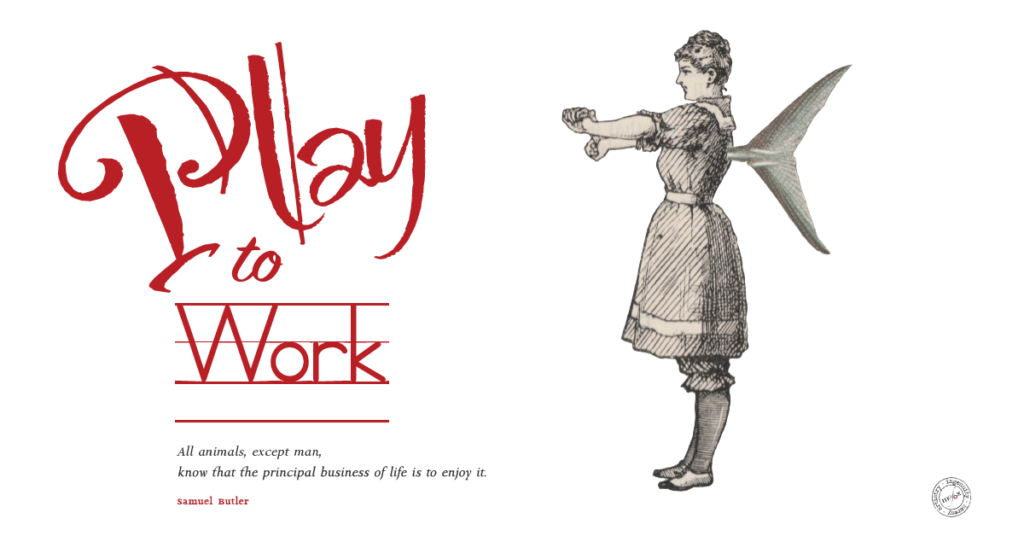 Play is a biological necessity. We need it as much as we need food, water, sleep, shelter and sex. All animals play. Man is the only animal that sees it as either a luxury or frivolity.

This is the final article in a three part series on Wicked Problems. If you missed Part I (the difference between Simple, Complex and Wicked problems), click here and for Part II click here. So you’ve diagnosed your problem and have most likely come to the conclusion that at least a significant chunk of it is… 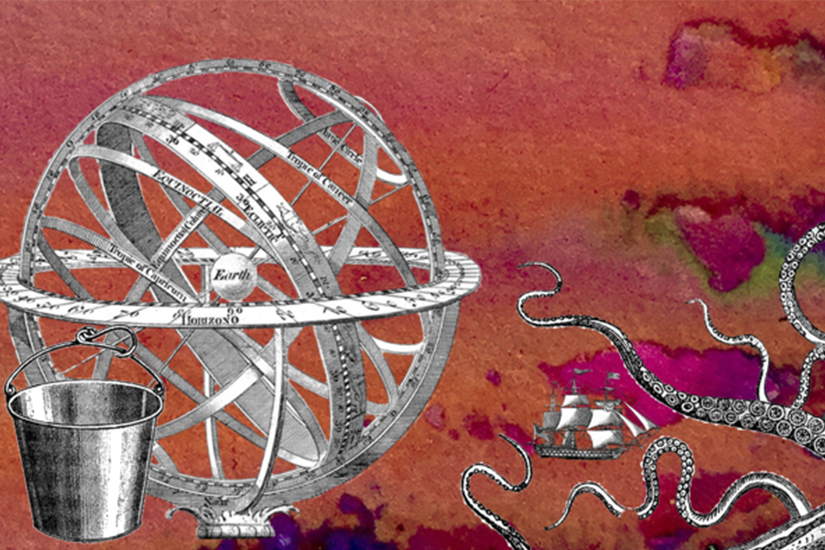 This is Part II of a three part series on Wicked Problems. If you missed Part I (the difference between Simple, Complex and Wicked problems), click here. For Part III, click here. So how do you tell what kind of a problem yours is? Any of these sound familiar? The company restructure looks great on… 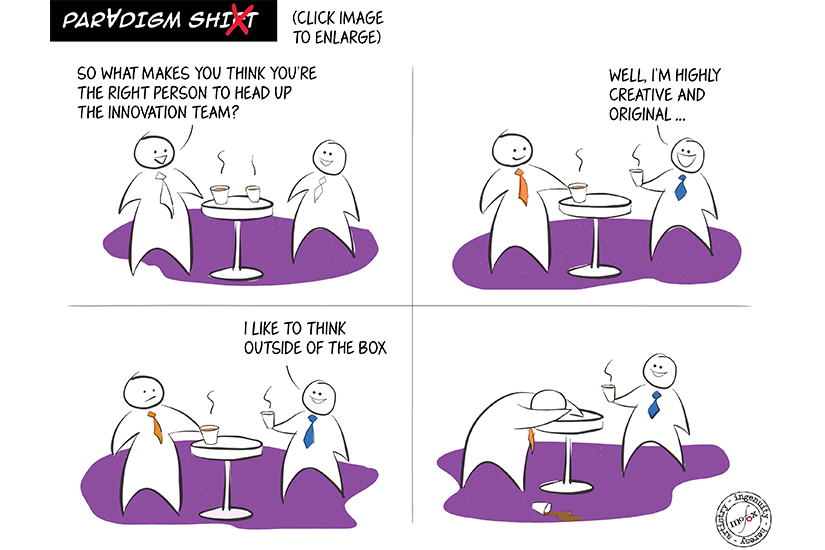 Design thinking is touted to help solve the business problems that existing or BAU processes can’t deal with. Problems like; becoming more innovative, becoming more customer centric, running a successful transformation program, breaking down organisational silos, building “One Team” by engaging your workforce, or perhaps trying to convince a bunch of usually pissed-off stakeholders to… 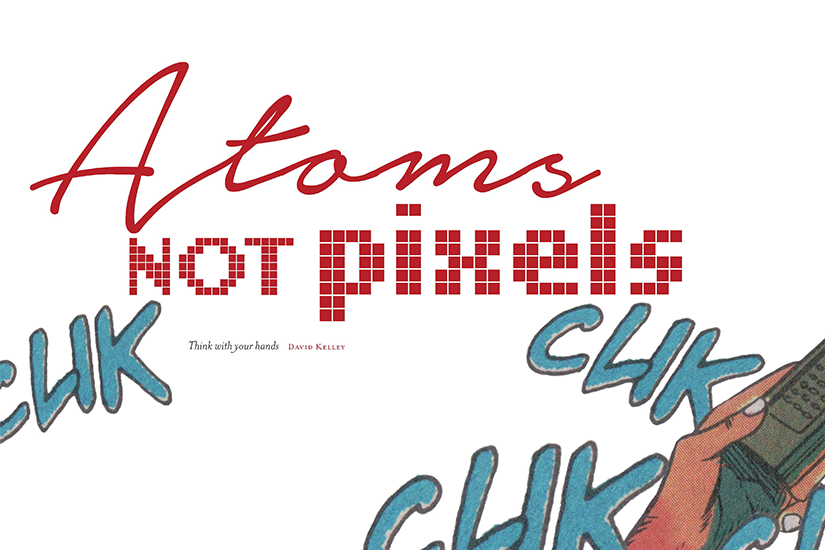 Waddaya made of? Atoms. We are made of atoms and we spend our lives interacting and making with a world of atoms. So instead of sequestering ourselves in our cerebral ivory towers, it makes sense that we should solve problems and create solutions by… using atoms. By using our bodies to think, and by making… 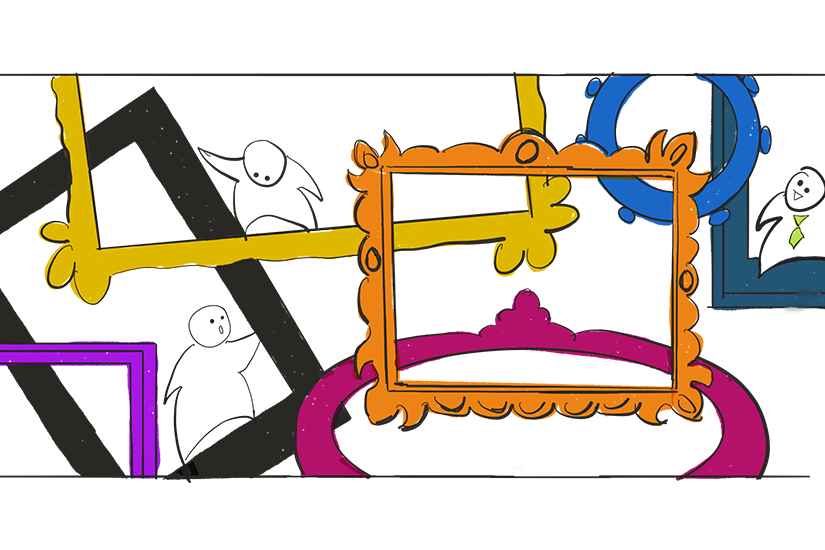 “If I had an hour to solve a problem and my life depended on the solution, I would spend the first 55 minutes determining the proper question to ask… for once I know the proper question, I could solve the problem in less than five minutes.” Albert Einstein Last week a potential new client asked… 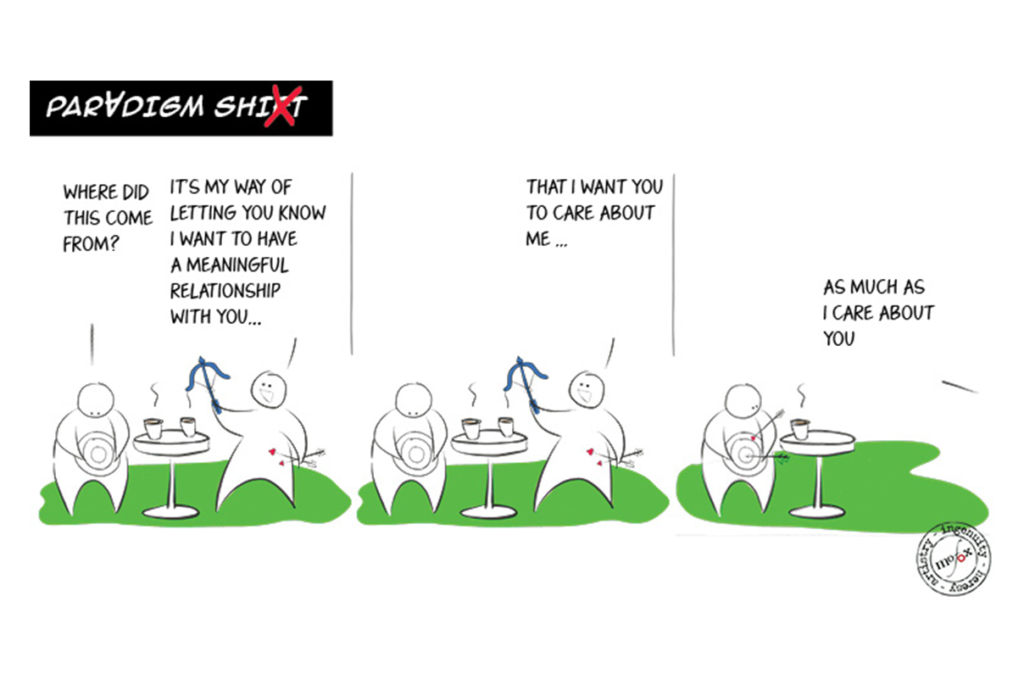 The use of the term “targeting” has always driven me nuts. I mean seriously, is that any way to approach someone you want to build a meaningful relationship with? And while we’re at it, who wants to be thought of as a “consumer” — something whose sole purpose is to mindlessly ingest whatever is shoved… 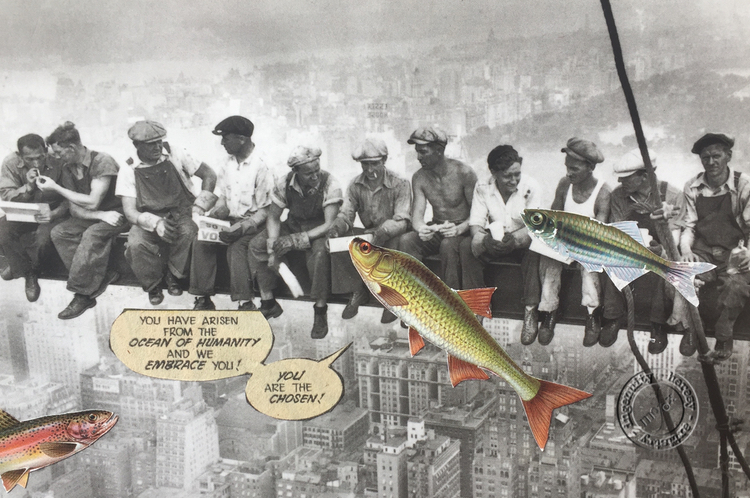 I used to sort of dislike the term Human Centred Design for it’s un-human clunkiness. Now I think I may be becoming a firm advocate. I recently had three really interesting design thinking related experiences. The first was with a highly creative corporate type discussing the dangers inherent in formalising a company’s approach to design… 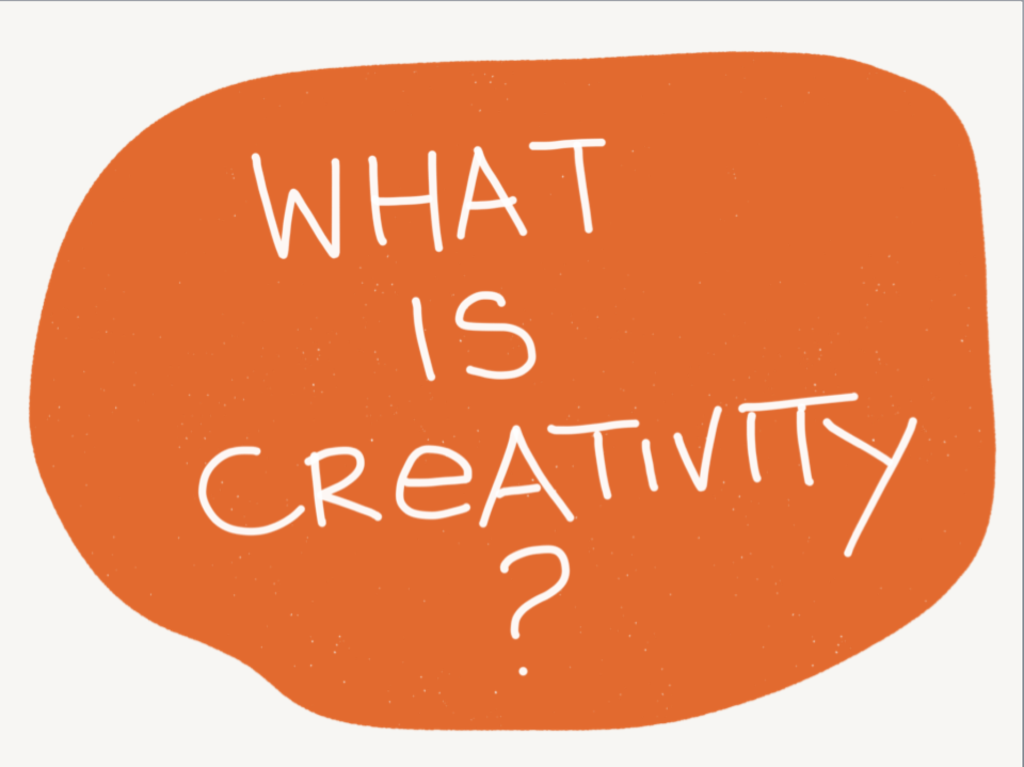 Creativity. How do we unpack it, let it out and work with it? How do we make it safe for our teams to play with it? How do we handle failing (which, let’s face it, few people really enjoy)? I recently discussed the ins and outs of creativity in the workplace via webinar with the… 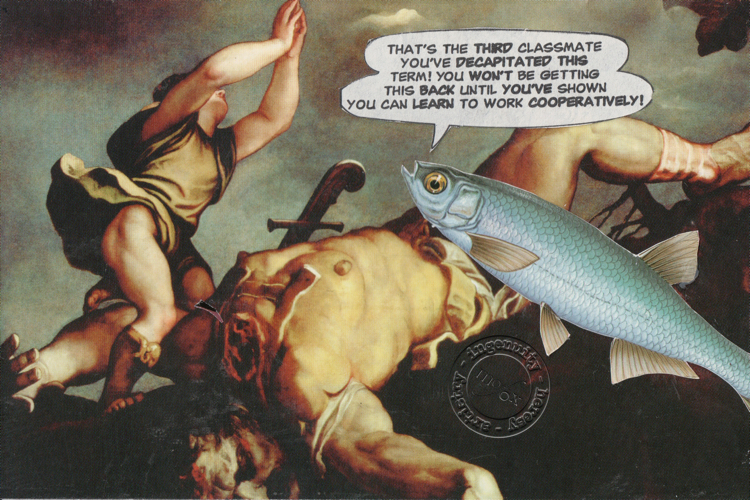 Are you a consultant? An executive? A human? In which case I defy you to read the following email I just received and not have “Get stuffed” or something more profane running through your mind… (names redacted to protect the guilty – and I’ve worked with lots of BigCo’s in my time, most of whom I’ve…